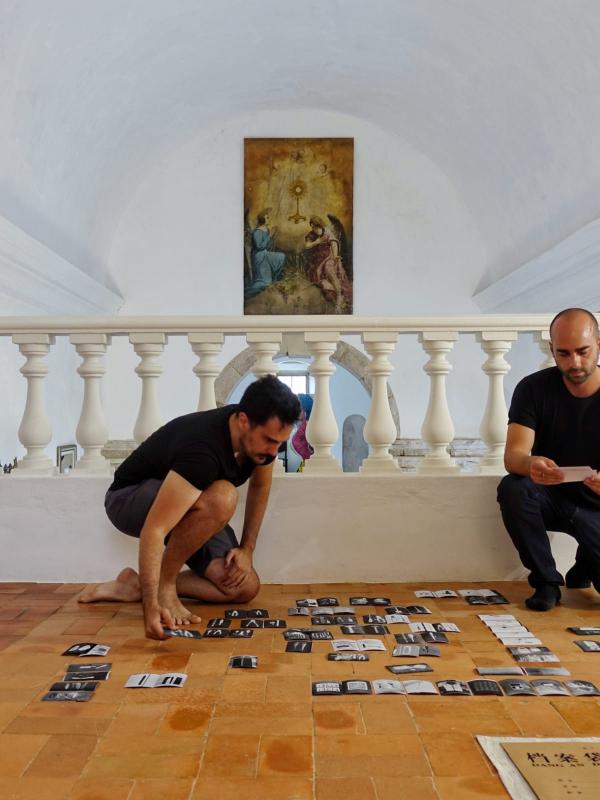 PAST RESIDENT
Artist, Collector and Storyteller

Since 2009, the French collector and artist Thomas Sauvin has embarked on an unusual adventure: salvaging discarded negatives from a recycling plant on the edge of Beijing that were destined to destruction. Undertaking one of the largest and most important archival projects in China, he buys by the kilo, taking away rice bags filled with thousands or rolls of slobbery, dusty and scratched negative film. Once closely examined, images are consistently selected, digitised, and classified. Today it encompasses over half a million of anonymous photographs spanning the period from 1985 to 2005, reconstructing then a large part of the history of popular analogue photography in China. This coherent and unceasingly evolving archive allows us to apprehend negatives in different ways. It constitutes a visual platform for cross-cultural interactions, while impacting on our collective memory of the recent past.

17 18 19 was created in a collaboration between Thomas Sauvin and Void.  During Thomas Residency at Convento Inn  in September 19  the book was edited, designed and ready to be printed. Which happened in early October 19, at MAS, Istanbul.  It is gorgeously printed with metallic silver ink on black paper. The silver and the negatives, once disposed in China, are now recycled into a book form.

The series 17 18 19 is drawn from a bag of negative film salvaged from a recycling plant on the outskirts of Beijing in 2010. The bag contained an archive of over 15,000 scratched black and white negatives, shot at one of the city's detention centres between 1991 and 1993.

Thomas Sauvin kept the negatives presented in this series un-scanned for almost a decade. Even though the artist was intrigued by the content, the risk of scanning official Chinese disposed material could put in jeopardy the (by then) starting Silvermine Project. For this reason, this material was always edited by the artist in its raw negative form. Kept in such a way in the presented book.

17 18 19 is an investigative journey on the practice of those police department photographers and their aesthetic, practice and understanding of photography, composition and art direction. Who are those people? What are the stories behind each item? Why 17 18 19? Are questions that the reader has to solve. As if the book is a piece of evidence itself. Putting the reader in the investigators shoes.
sources:
http://www.beijingsilvermine.com/about
https://void.photo/171819